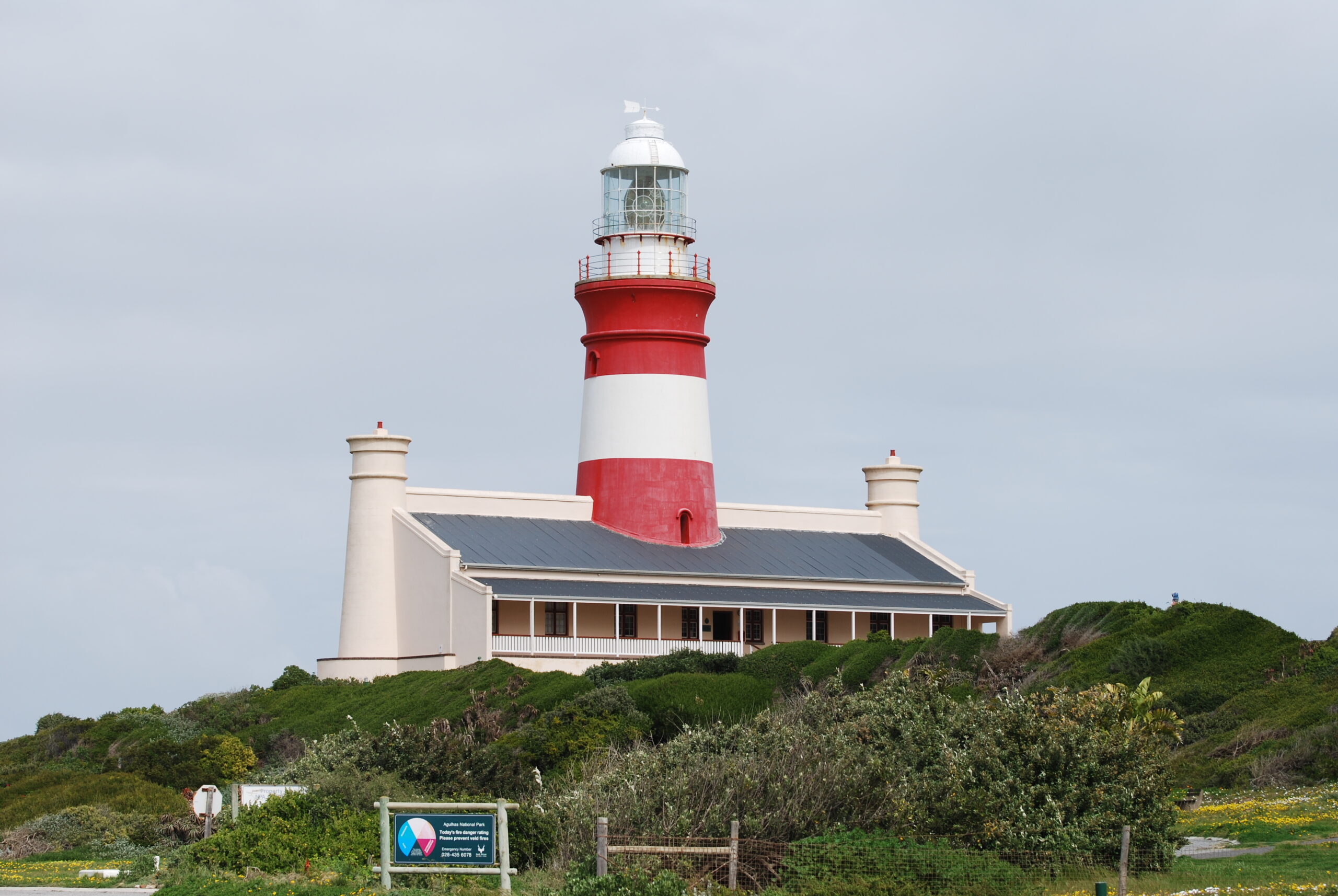 Visiting tourists duly trot along to Cape Point as part of their list of “must do” things when in the Cape and have their photograph taken for posterity – not realising that they aren’t actually at the true southern tip of the African continent.

Just past the town of Struisbaai, 250km southeast of Cape Town, is where the African continent ends – and where the conflicting warm Agulhas Current of the south Indian Ocean and the cold upwelling Benguela Current from the Atlantic commingle out to sea.

There’s a cheery red and white striped lighthouse on a promontory, warning passing sea traffic of the dangers which await any navigational errors – and it’s now a popular museum and tourist attraction. It was Portuguese seafarers in the 15th century who gave this rocky spot its name; Cabo dos Agulhas – or Cape of Needles. Those needles have resulted in something like 150 shipwrecks between May 1488 when Bartholomew Dias named it and November 1982 when the fishing vessel Meisho Maru ran aground, the last recorded wreck which still perches on the shore, it’s hull rusting away inexorably.

For the full article: A Newfangled Triangle