Getting to know the Agulhas Wine Triangle with Bruce Jack 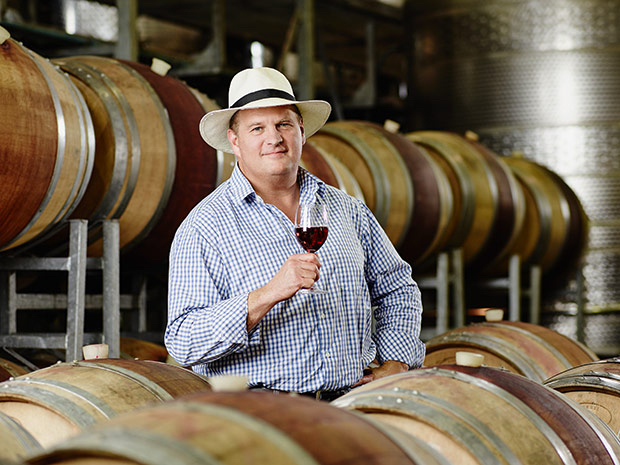 The mention of triangles have always given me the creeps. Blame the Bermuda Triangle and the hated triangles I encountered in high school math. Wine triangles are much more inviting, with just the right amount of intrigue. We know the Golden Triangle of Stellenbosch but recently another Triangle has emerged from the Southern tip of Africa. Bruce Jack tells us about the Agulhas Wine Triangle…

Written by Trudie Webb
View the original article on Wine.co.za

How did the AWT come about? What was the motivation behind it?

The Agulhas Wine Triangle was established in 2019 to showcase the wines and the unique terroir of the Agulhas area. Geographically, the members are situated within a triangle at the southern tip of Africa. Think of a triangle that runs from Lomondin the western corner to Sijnn in the top eastern corner, and Black Oystercatcher Wines and Strandveld Wines at the southern corner point of the triangle. It’s not a big area, but it’s distinctive. My Drift Estate is in the middle and Olivedale Private Vineyards is near Sijnn. David Nieuwoudt’s Ghost Corner and some of Trizanne Barnard’s Signature Wines are crafted from Agulhas Triangle wines, so they are also members.

Some background on the region and when the first vines were planted and first wines were made?

Agulhas, the most southern tip of Africa, is where the Atlantic and Indian Oceans meet. It’s a wild coast, littered with shipwrecks because of the tempestuous seas and weather. It’s a great place to fish and surf. The area was formed more than 330 million years ago when Antarctica crashed into the tip of Africa during the last super continent, called Gondwana. The region is raw and honest, with distinguishing features of wind and cool summers. There is resilience and serenity here, partly due to the isolation. The farmers here are the custodians of both nature and a tough agricultural tradition. The commitment to farming in harmony with nature is reflected in the incredibly rich biodiversity of flourishing flora, abundant birdlife, the protected wilderness conservation area and wetlands. Grapes were first planted here over a hundred and fifty years ago by the Moravian missionaries at Elim. In fact, the Moravians were renowned around the world for only establishing missions where you could grow grapes – while they preached teetotalism, they needed nagmalwyn for the church services. Viticulture became a serious commercial concern in the southern corner of our triangle in 1997, but grapes for wine and brandy have been grown around my estate for at least a century as well – we have the records of the annual tonnages delivered to a winery in Caledon. In recent times, I produced the first wines, along with Charles Hopkins (now of De Grendel) in the early 2000s. The first wine was a Flagstone Elim Sauvignon Blanc 2000, followed shortly thereafter by Lands End Sauvignon Blanc. Charles still makes a magnificent Shiraz from the area – he is also a believer.

What are the unique characteristics behind wines from the AWT producers?

The coastal maritime climate plays a huge role. Consistent, cool ocean winds batter the vines, causing short internode growth and small, super-concentrated berries. While there is some diversity in soil types, we mostly have cool laterite, sandstone and broken shale. Quartz and limestone are to be found as well. The strong wind causes excess moisture to dry quicker reducing the risk of fungal infection. The cool, extreme weather conditions result in wines with a distinct elegance. I guess that’s what sets the triangle apart – elegance.

Challenges of producing wines in this region?

The area is isolated, so not many people venture out this way, which is fine by me. Recently, this has been a wheat and sheep farming area, so viticultural and winemaking services were non-existent – each producer had to be very self-sufficient. The main challenges revolve around the devigorating soil and the wind, which keeps berries small, but also crop levels down. This is not a bulk wine producing area, this is all about quality, quality, quality. And distinctive wines of elegance and quality are expensive to grow and expensive to make – you have to be a real believer and you have to be in it for the long-run. Businesses are planned around generations, not quarterly reporting.